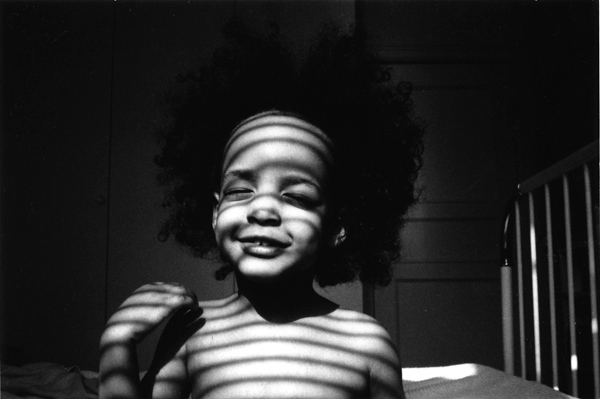 I thought I'd start a series of Friday Flashbacks where I go through my archives (but I won't corner myself into making it a weekly thing, I'll do it on a Friday here and there). This here is my half-sister H and I took this back in 1992. I think I've only ever shot about six rolls of black & white ever; I see the world in colour and it's just not my bag, baby! So what can I remember from this time... well, I was 16, I had left school and was working as a music journalist and I already took a lot of pictures. From this pic I can see that I still had the same bed I'd had since I was eight, that the James Dean posters were no longer on my walls and that my half-sister had a wicked afro. Have a great weekend friends!
Posted by famapa at Friday, May 27, 2011