In the Valley of Rocks 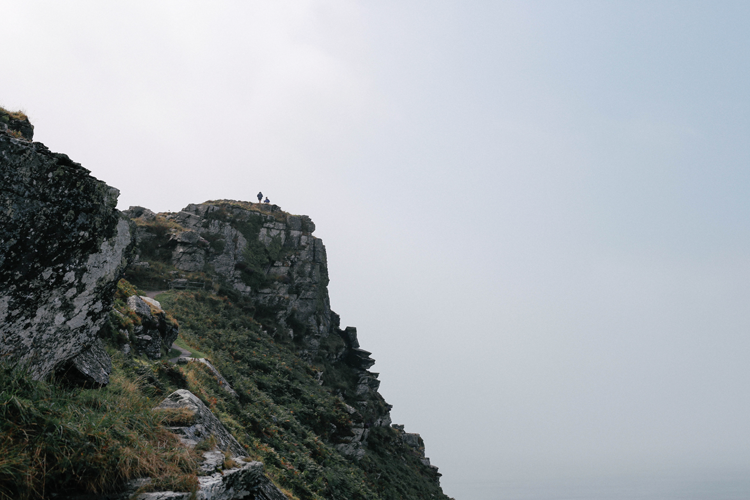 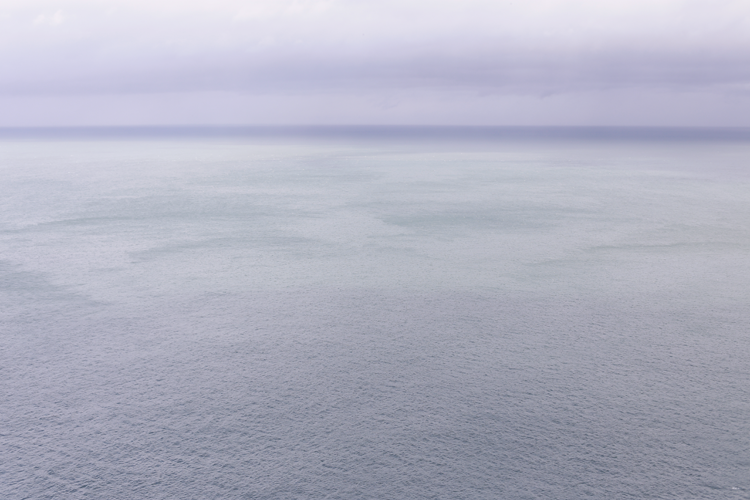 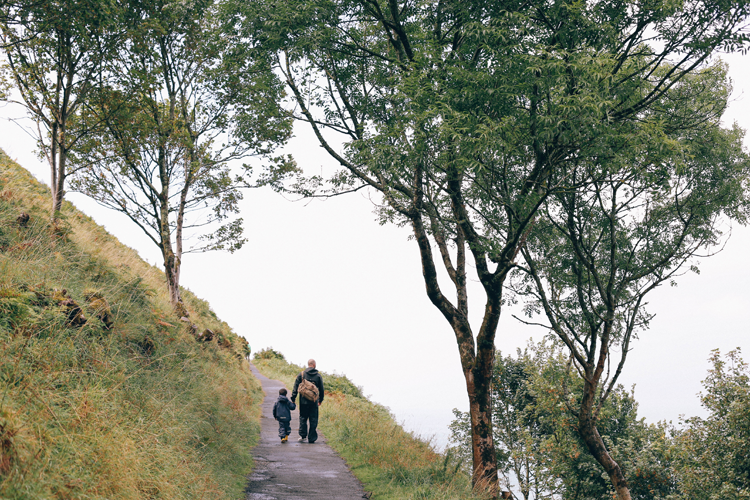 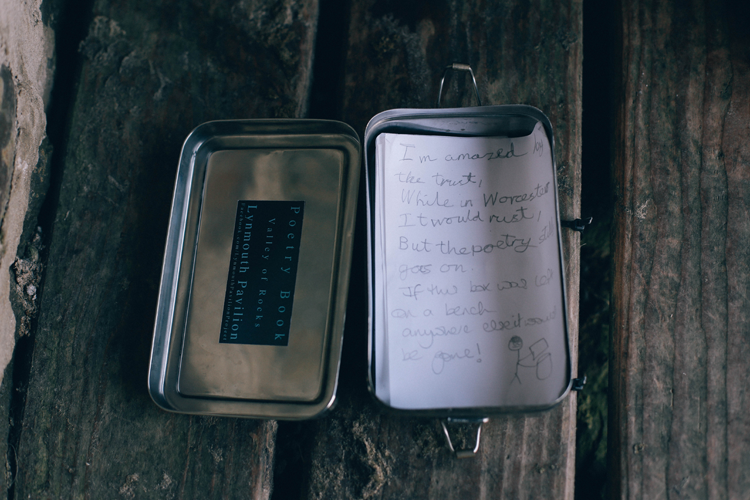 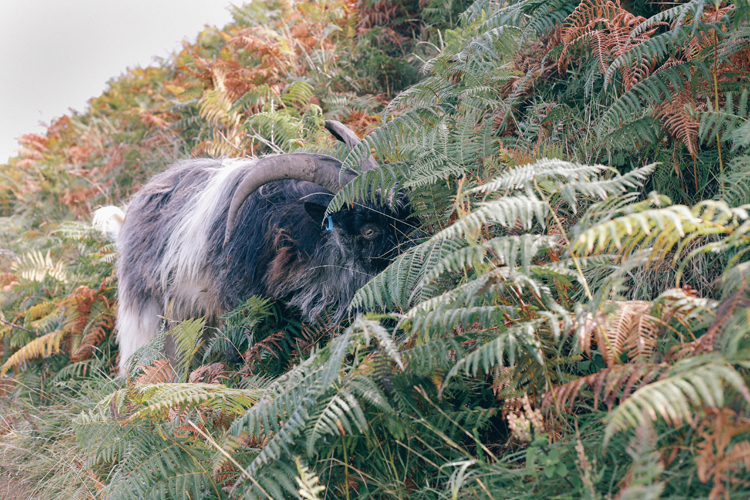 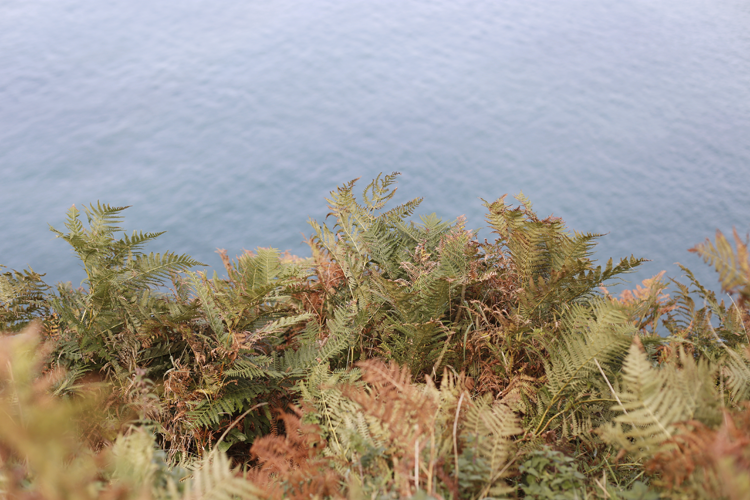 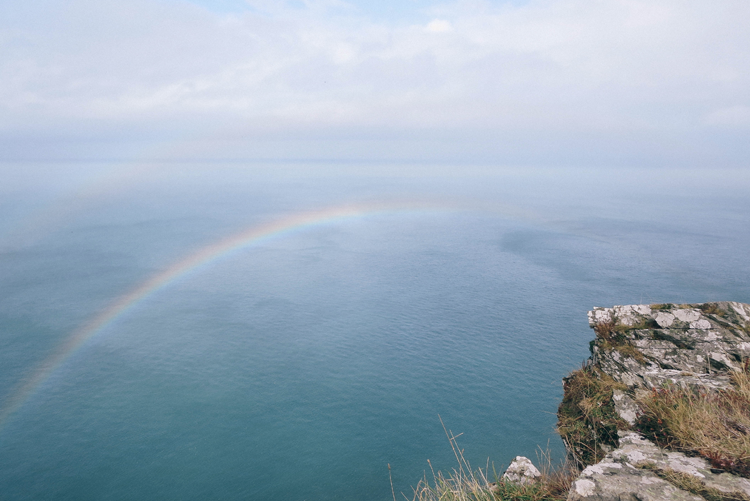 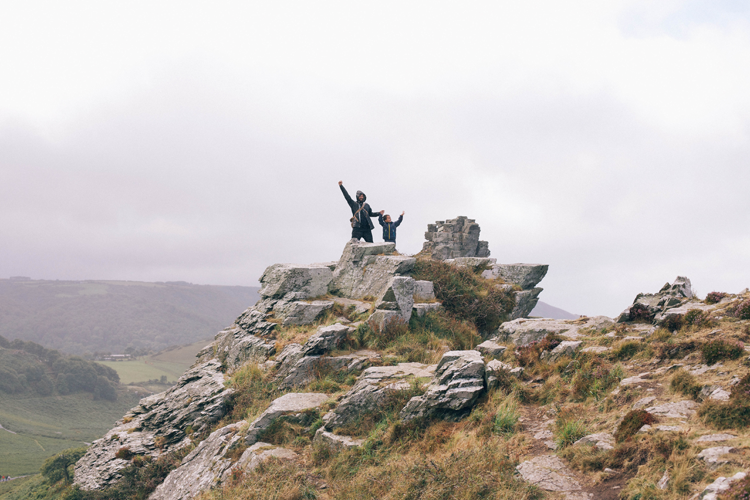 So we went to Devon in what turned out to be the worst week of the summer. It's always a gamble when you holiday on these fair isles, and it was a gamble that we lost. But hey, that's what rain proofs and wellies are for, right?! Anyway, we and some friends rented a house in North Devon and it was ridiculously beautiful, despite the weather. On this particular day the weather was dreadful, but we got out of the house anyway and headed to Lynton, a little town on the coast. The skies cleared after lunch, and me and the boys walked up to the Valley of Rocks, a beautiful, if slightly smelly, walk along a coastal path. The smell became self-explanatory when we literally crossed paths with a feral goat. The walk itself was our favourite part of the whole week, something you might be able to guess from these pictures. It was still a bit drizzly so we got to see a rainbow - from above!! Just breathtaking. Along the path there were little sheltered seating areas, and in one of them we found a box of poems where anyone could scribble down what they felt like, as they sat there, staring at the sea (see pic 4). Some of them were very funny. And rather than writing down a poem, I'd like to think of these pictures as a sort of visual poem of that day :)
Posted by famapa at Wednesday, September 24, 2014